On February 2, the Portland City Council unanimously passed an ordinance requiring landlords to pay for the relocation costs of some tenants.  The ordinance applies to Tenants receiving a no-cause eviction or when the landlord raises the rent by more than 10 percent. 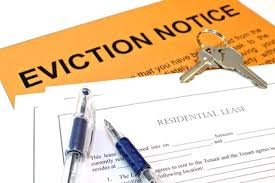 In October 2016, the Portland City Council declared a housing emerging, siting severe shortage of rental housing.  Arguments to support the Relocation Assistance ordinance referred to the housing emergency and to statistics that show the average Portland tenant pays between 45% to 49% of their income to rent, putting them at risk of involuntary displacement and possible homelessness if faced with a large rent increase.  The average Eugene renter pays around 23.26%, per the Census ACS data for 2014.

According to a report posted on KGW.com, Attorneys with Multifamily Northwest, which represents landlords in the Portland area, said they would sue the city if the ordinance passes.  The report further stated that Multifamily Northwest called the ordinance vague and said the fee of $4,500 will bankrupt small landlords.  The Relocation Assistance amounts were based on average rental rates of similarly sized units across Portland.

The measure will be valid until the housing emergency expires in October 2017.